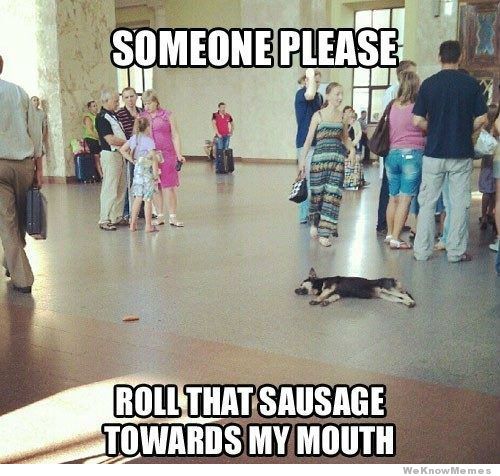 Four-Horsemen of the Motivational Apocalypse

NOPE!  N.O.P.E.  I refuse.  I won’t.  I don’t want to.  I can’t.  These are the words we teachers loathe to hear, yet seem to hear on the daily.   Lack of motivation (amotivation) is one of our greatest plagues on the individual, educational, and societal level.  What contexts cause it? And, is there anything we can do about it?  Before we tackle the “How?” we have to understand the “Why?”

What follows are the Four-Horsemen of the Motivational Apocolypse — factors that are tragic in combination, yet influenced within the contexts we control. These are by no means the only factors. However, they are possibly the most devastating to the personal growth we want of our students, employees, and selves.

Caveman.  Cavewoman.  Your relatives.  Picture their lives on a daily basis.  Their one priority: Survive.  Their world was wrought with life-ending risk, where resources could be scarce and predators, disease, and opponents may be right around the corner.  Efficiency was a must.  Therefore, only those tasks and pursuits worthwhile were considered.  Our “modern” brain — no matter how sophisticated we like to think we are — is not much different.

Even more interestingly, with the ancient core we’ve inherited from our grunting great-grandparents, we’ve also adopted a bias towards immediate benefit.  Simply put, when your life-expectancy is under 30 years, 401k plans are low priority.

Unless we believe there is value in pursuing a task, we will allocate resources to contexts that are more worthwhile.   For a student, plugging away at a worksheet on long-division may not seem as beneficial as texting a friend.  Completing a sales call does not seem as beneficial as that delicious donut in the break room.  I’ve earned it, right!?

Now, I can imagine you are thinking things like, “How in the world can playing a video game be seen as more beneficial than not getting grounded by parents!?”  The short answer is that we are biased towards things that provide good feelings (a wonderful neurotransmitter called “dopamine”).  This is why fatty & sugary foods, sex, videogames, etc. are money-makers in our modern economy; they provide amazingly quick boosts of dopamine (short-term gratification).  More on dopamine in future posts.

In short, this just means what we already know: The less we see benefit in doing something, the less we are to do it.  So, essential question #1 is: How do we create contexts in which people believe there is benefit?
Our students must see both immediate and long-term benefit. It is not enough to say, “This will be useful when you go to college.” We must explain how it is beneficial NOW — how it makes you better, stronger, faster, smarter, grittier in the moment and in the future. Young brains are not fully developed enough to plan and prepare at their best. We must help connect those dots.

“Jeff, can you tell us the answer to number three?” the teacher barks.  Jeff, normally an attentive, knowledgeable kid is frozen.  All the eyes of his peers stare towards him, waiting for the response.  He wants to answer.  Deep down he knows he knows the answer.  But the pressure is on.  He gives up.  “I don’t know.” The teacher, who really just wanted some affirmation that someone knew the gal-dang answer, sighs.

Why did Jeff — a normally motivated kid — give up?  Because, the context was stressful and just happened to trigger a fight-or-flight response in his brain.  His higher-order thinking shut down and he simply could not pull the mental resources together to act.  Fear, anxiety, stress — all of these can be caused by the context.  But, we can go further than emotional stress.  We can see the same effect in cognitive stress.

Imagine you are taking a test and then you come across the following prompt:

“Consider the ramifications of cultural zeitgeists of the late twentieth-century.  Prior to constructing a reasoned synthesis, using ample supporting details, construct a hierarchy denoting which trends most influenced our contemporary circumstances.”

Do you feel some brain-lock?  Maybe not, if these words and sentence styles are easy to read for you.  Many, though, would max-out their “cognitive load” and bail on the prompt.  Let’s change the context a bit.  Imagine the prompt was re-written as:

“Think about the major cultural trends of the past few decades.  You will write an essay, using multiple examples, which answers: ‘Which trends have had the most influence on day-to-day life today?’  First, though, make a list ranking the trends based on their influence.”
With the cognitive load reduced, we now have the mental resources we need to act.   We see this same effect when we make a massive “to-do list,” only to find ourselves overwhelmed, curled in a ball, back in bed, and hoping the list takes care of itself as we nap.

Essential Question #2: How do we create emotionally and cognitively safe contexts?

To do so, we must first avoid empathy gaps, which are those moments when we overestimate what someone knows or can do. Just because the steps of a process are easy for us or the terminology is a breeze does not mean it is for others. We must also work in smaller steps, breaking down things and checking that they are working sooner rather than later. It is better for someone to think, “Okay, I get it. It’s easy. Can we move on now?” rather than, “WTF? I don’t get it. I give up.”

Public speaking.  Those two words send chills down most peoples’ spines.  Public speaking continues to be a major fear for most Americans — despite the fact that it is not a physical threat to anyone . . . well, other than because of your occasional lunatic assassin.  Why, then, do we fear it?  We avoid things that could damage our social status, our ego.

A student may know an answer to a question.  She may find benefit in contributing her thoughts and affirming her knowledge.  Yet, if she thinks there is a chance that her ego may be damaged by getting the answer wrong, she will be unmotivated to raise her hand.  We see this same effect in students who intentionally do not study for tests.  The reasoning is often simple, yet destructive.  If I fail, I can protect my ego and blame it on the lack-of-studying.  If I do well, I can attribute it to how awesome I am at life.

Employees may have brilliant ideas for helping their companies, but be unmotivated to share for fear of sounding “stupid.”  A guy may yearn to ask a girl out, but never say a word for fear of rejection.  Whether it is giving a speech or trying a new hobby, contexts unmotivate us when we think our ego is at stake.

Essential Question #3: How do we create contexts that protect a person’s ego?

This, in large part, happens with the atmosphere we create. Is everything we say, do, ask, create inviting and safe and respectful? Do we show with our actions that it’s okay to take risks? Is failure nurtured as a learning experience? Only in atmospheres where this is standard do people feel comfortable putting their ego on the line.

Ever tried a diet?  It’s been stated that the average person gives up on a diet after just over a month.  And yet, millions of people want to change their health and physical appearance.  Clearly, these people are want to be successful. We could say they are motivated.   So, why do they fail? There are many reasons, including lack of volition, immense temptation, etc.  But, to simplify the matter, they fail because the energy they put in does not yield the success they want.  Exercise is hard work.  Resisting cake is even harder, I’d say.  Even after a month of holding strong, changes could be minimal (or non-existent).  Without measurable success, the energy is not worth expending.

There are so many students who want to be successful in school.  They know there is long-term benefit.  They know there is even short-term benefit.  But, oftentimes, the energy they put in does not yield the results they want.  Again, we could argue that they aren’t studying properly or they aren’t using the right strategies.  But that is beside the point.  The point is that if they don’t feel like their energy is getting results, their motivation will die.  We need to feel successful. And, we need to feel successful during the process just as much as after.

Essential Question #4: How do we create contexts in which the process is rewarding and shows visible growth?

Small moments of success. Celebrating the smallest victories can be energizing. Now, this doesn’t mean mow down a Snickers because you walked to turn on the t.v. instead of using the remote. We must not patronize minimal effort. We should, though, take a moment to reflect on progress and celebrate genuine effort. High-five the failing student who finally made it to passing just as joyfully as the B student who got an A on a test.

If we want motivation, we must create contexts that reduce N.O.P.E. mentalities. This is in our control. And trust me, there is benefit.

14 thoughts on “Four-Horsemen of the Motivational Apocalypse”